The ANZ announcement of Bonus Bonds scheme being discontinued, is the final end to a scheme which charged excessive management fees for years, and provided little in value for most participants.

The call by the Reserve bank to Banks to prepare for negative interest rates is consistent with their approach over recent times. The lack of discussion on the affects upon Savers, requires adjustment, where is the balance in the current stampede towards lower and lower interest rates.

A consumer rang me, and said why does the government not instruct the Reserve bank it must provider savers with a minimum 3% return on term deposits and the financial system adjust to that reality. I am not an economist and can not provide the answer, but more discussion on a savings environment rather than property and shares investment needs to take place

I asked Tony Alexander to comment, here is his reply 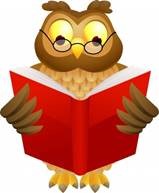 Hi Alec. The Reserve Bank is charged with keeping inflation down and employment up while maintaining economic and financial stability. There is nothing there regarding using its powers to force private institutions to make payments to any particular group of people. If the government feels savers are being grossly affected they can use fiscal policy to provide assistance. But there is no chance of that happening. Savings are there to be used for spending one day – capital preservation – and gaining a return along the way is a side benefit if one can achieve it. If such benefit is desired then the savers will have to move up the risk curve to do it – investing in other than low risk bank deposits. To understand what their options are savers will need to speak with a financial advisor.

In the old days money would likely have flowed strongly into finance companies. But these days raising money from the public is a very complicated business with substantial governmental oversight. When it was easy – we got the pre-GFC finance company collapses plus a few more when the GFC was underway. Chasing above bank deposit returns can be dangerous.

Sustained low interest rates are going to actively discourage people from saving and encourage early purchasing of houses by young people, extra purchases by investors generally, and extra spending on retail goods and services. These are things which will contribute to a firming in the pace of economic growth, though not by all that much as history tells us spending from rising wealth via higher house prices might not be all that great. And spending generally on retail goods and services has a large “leakage” element – meaning a lot of the money goes offshore to whoever produces the goods in the first place.

Basically, you win some, you lose some.