This will be the first of many  suggestions. Start thinking! 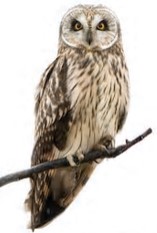 Coronavirus: Tax changes coming to pay for Covid-19 response: What will they look like? Susan Edmunds  Apr 16 2020

Taxpayers can expect to hand over more of their income in future as the Government seeks to recover the cost of its Covid-19 rescue package.The money being pumped into the economy to offset the impact of the pandemic and resulting lockdown will create the biggest increase in New Zealand Government debt in decades.  Chief economist Nick Tuffey (ASB) has predicted that the debt could run to $100 billion

But while the focus at the moment is ensuring that New Zealanders have money coming into their households to remain afloat, eventually it will shift to how to extract the cash to pay back the debt.

Economists and tax commentators say there are a number of ways it might seek to do this.

One of the top picks is for a change in the top personal tax bracket, which is currently taxed at  33c in the dollar on income over $70,000 a year.

Iain Craig, head of tax at BDO, said PAYE and GST were the biggest collectors of revenue, and were the most efficient. Increases in the top personal tax rate, combined with an increase in the trustee tax rate, could be an effective way to collect more, he said.

“Those who are still earning are just paying a bit more.”

It would be important that the top tax rate was not too high, so as not to kill entrepreneurship, he said.Economist Shamubeel Eaqub said New Zealand could develop a more progressive tax system like Australia’s that would increase the amount of income in the hand for low-income households without changing the overall tax take.

A wealth tax could also be up for debate. This is a tax that’s charged each year based on the net wealth a person has, including things such as their property and other investments. There are sometimes carve-outs or thresholds to allow for a certain level of wealth before taxes kick in.A wealth tax could also be implemented as a tax on inheritance.

Info metrics economist Brad Olsen said this was becoming more appealing to many people as there was a growing sense that the wealthy could become wealthier out of the crisis, while working people became worse off.

“Particularly with the widespread job losses and economic hit being considered even as the stock market remains in a healthier condition that how the general economy looks, so there could well be a rising sentiment of needing to ensure that financial markets move in step with general economic conditions.”

Tax expert Terry Boucher said he expected substantial tax changes coming. “A wealth tax is something that has been floated for some time. The Tax Working Group wasn’t really keen on the idea but

He said it would need to be comprehensive to work well. Voters might be willing to back it if it was packaged up with other benefits – when GST was introduced; it was sold alongside a reduction in income tax.

One of the top picks is for a change in the top personal tax bracket rate, which is currently applied at a rate of 33c in the dollar on income over $70,000 a year.

Olsen said a capital gains tax (CGT) could “very well” be back on the table to some degree in future, even though Prime Minister Jacinda Ardern has ruled it out at this stage.The economy was likely to recover before assets appreciated in value again significantly enough to result in big CGT bills, he said.

But Baucher said, because a CGT was likely to only be applied to transactions, it might not create the revenue needed if people went through a period of not selling assets. In the United States, areas that relied on CGT revenue had noticed a significant fall in revenue during the global financial crisis when sales slowed.

If the Government wanted a predicable revenue stream, a CGT might not be the way to deliver it, he said.But he said any of these sorts of changes would be unlikely for a couple of years while the Government focused on getting the economy moving again.

A tax could be introduced on people who earn above a certain income level and also receive the pension.

This idea was floated by Susan St John as part of the Retirement Commissioner’s review of retirement income policy. She suggested super as a universal grant, but when other income was earned it should be taxed progressively.