Due principally due to the low cash rate, and the printing of money (quantitive easing) and the effect of inflation , savings in bank term deposits, has become  a negative return.

Over the last 5 yrs there has been no push back against this approach, when common sense tells you, the continual downwards trend of the cash rate, has gone too far, and those advocating stimulus have pushed the boat out to far. 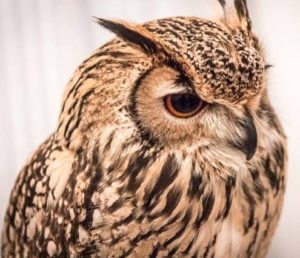 The suggestion mortgage rates  should never have been allowed to  trend  below 4% and  savings on a 1 yr term deposit  maintained at about 3-3.5%, would have provided the “balance ” the markets seeks.

A couple of years ago, an Australian researcher by the name of Michael Longhurst embarked on a research project to explore the differences between people who thrive in retirement and those who find it stressful, or just plain boring.

The research was conducted with a group of 200 retirees, men and women, from a range of socio-economic groups. Each person was tested for levels of anxiety, depression and stress relating to retirement, and on their level of overall satisfaction with retired life compared to life before.

From this study, Longhurst was able to identify eight factors that significantly impact the degree to which participants adjust better to retirement.

Being able to retire of your own free will

The last two decades have seen scores of redundancies and businesses having to adjust to new competitive forces and economic conditions. Being made redundant can result in a strong sense of loss and grief, particularly for those people who closely identified with their job. Ill heath or ill health of a family member can also lead to people retiring earlier than expected. The last few years of a working life are often when most saving and retirement pre-planning is done so losing that time unexpectedly can have serious consequences.

Being able to retire from employment at age 55 or younger

Retiring early from employment gives people the opportunity to still be engaged in meaningful activities, but of their own choice. Retiring early by choice implies a level of confidence and optimism about the future and a degree of financial independence.

Engaging in ‘purposeful activities’ for more than five hours a week

‘Purposeful activity’ is a term used in the research to describe an activity that has a goal or purpose. This doesn’t include playing golf! However, it could mean doing voluntary work for a charity or having a part-time job. It makes sense that those who keep themselves busy will fare better emotionally than those who sit around doing nothing.

Having someone you can rely on for emotional support

During their working lives, people often rely on their workmates for emotional support. In retirement, this support can be lost. The death or ill-health of a partner also reduces the level of emotional support available. As well, some families are burdened with dysfunctional relationships between parents and children. People who actively develop supportive relationships with family and friends are more likely to feel satisfied in retirement.

The link between exercise, stress reduction and increased longevity is well known. Diet also has an impact on mood, health and life expectancy. Research shows that those who regularly attend to exercise, diet and medical check-ups have significantly lower levels of depression than those who only look after one or two of these health aspects.

Planning for retirement – both financially and for an active lifestyle

Some people are goal setters and planners, while others prefer to take an unplanned approach and live life as it comes. Neither approach is right or wrong, however, it has been shown that those people who planned for retirement report lower levels of stress, anxiety and depression and higher levels of satisfaction in retirement. Planners begin to get involved in activities outside their working lives well before retirement, and this makes the transition much easier.

People retiring often have little idea of what lies ahead of them and sometimes the retirement dream is very different from the reality. Those who turn to friends and relatives for information may not get the right answers, as everybody’s views and expectations of retirement are different. Research shows the amount of pre-retirement advice and education people receive translates to higher retirement satisfaction and more positive attitudes to life.

For more information and strategies for each of these factors, see Enjoying Retirement – An Australian handbook of ideas, strategies and resources, Michael Longhurst, June 2018.

Liz is one of New Zealand’s most well known financial commentators, and as an Authorised Financial Adviser, Liz has helped hundreds of Kiwis prepare for life when the pay cheque stops. The advice given here is general and does not constitute specific advice to any person. A disclosure statement can be obtained free of charge by calling 0800 273 847.